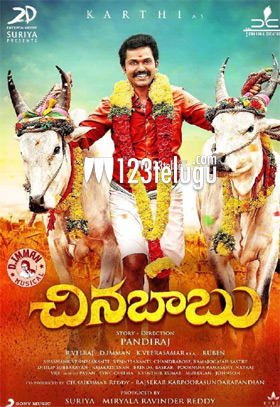 Karthi has been one of the few actors in Tamil cinema who has been juggling between village and urban based stories with great ease. Right from his debut film Paruthiveeran, which earned him a lot of awards, to his upcoming film Chinna Babu, the actor has been making it a point to do rural dramas from time to time.

The actor also acknowledged the importance of relationships within a family and added that more than money and fame, it’s the time you spend with your family that counts more in your life. Chinna Babu, which will release in Tamil as Kadai Kutty Singam, has been directed by Pandiraj and it is slated for release on July 13.