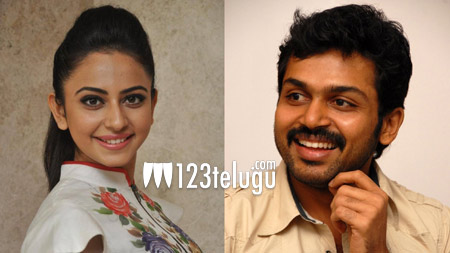 Some time back, we had revealed that Karthi will be playing a tough cop in his next. The latest news coming out reveals that the makers are planning to release the film in the month of August.

Titled Dheeran Adhigaram Ondru, this film is directed by Sathuranga.The makers are planning to wrap up this film in a single schedule and Karthi, on his behalf is relentlessly preparing for the same.

Rakul Preet plays the female lead in this film which will be an out and out action entertainer.