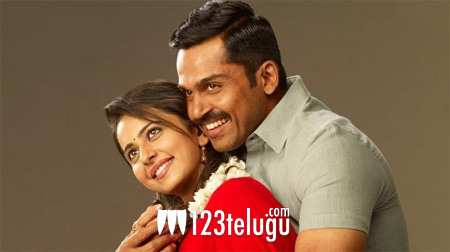 Karthi and Rakul Preet have teamed up for the second time, post delivering a huge hit with Khakhi. Their upcoming film, Dev, is being touted as an intense romantic drama about two people who have different ideologies about life.

The film’s songs have already received a good response, and if the latest buzz is to be believed, the film could hit the screens as a Valentine’s Day special on February 14; however, an official statement is yet to be made. While Rakul plays a business woman in the film, Karthi will be seen as an adventurer, who loves mountaineering and nature.

Rajath has directed the film and the music has been composed by Harris Jayaraj.