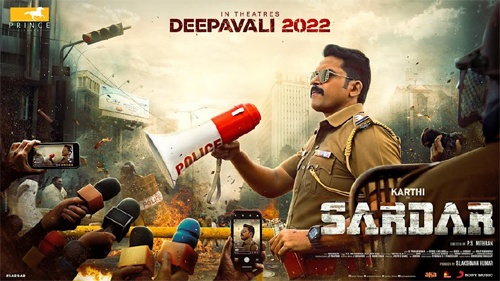 Young and promising actor Karthi was last seen in Sulthan. Now, the Aawaara actor will be seen next in Sardar, a multilingual movie, directed by PS Mithran.

The latest news is that the movie is confirmed to release on Diwali 2022. The actor took to his social profiles and announced the same with a brand new poster. So, Karthi is going to lock horns with the star actor Ajith Kumar’s next, tentatively titled AK 61, which is currently in the shooting phase.

Raashii Khanna is playing the female lead in this movie, which also has Laila, Murali Sharma and others in pivotal roles. Produced by Prince Pictures, the movie has GV Prakash Kumar’s music.