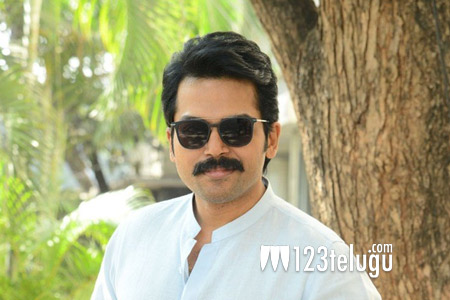 It’s well known that Karthi is currently working on a romantic action thriller, titled Dev. The film is touted as the most expensive project in Karthi’s career. Rakul is the leading lady in Dev. The film’s shoot took place in Ukraine, London, New Delhi, Pune and Chennai.

Now, Dev’s team has landed on the Mount Everest in Nepal to can a few spectacular action sequences featuring Karthi and other stuntmen. The film’s entire shooting formalities will be wrapped up with this schedule.

Debutant Rajat Ravi Shankar is directing Dev and Lakshman Kumar is producing it. Harris Jayaraj is the film’s music composer. The film is slated for release in December last week.