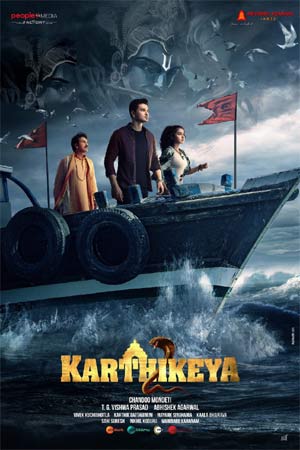 Karthikeya 2 has become this blockbuster hit at the box office. All the parties involved will surely see profits with this mystery drama.

As there are other biggies that were released, Karthikeya 2 did not get many screens. But still the film is minting good money.

The third day collections of the film are also going to be strong as the occupancy has been solid thanks to the Independence day holiday.

The word of mouth is super strong and Nikhil is also doing his bit to keep the film in the news. Chandoo Mondeti has directed this film.