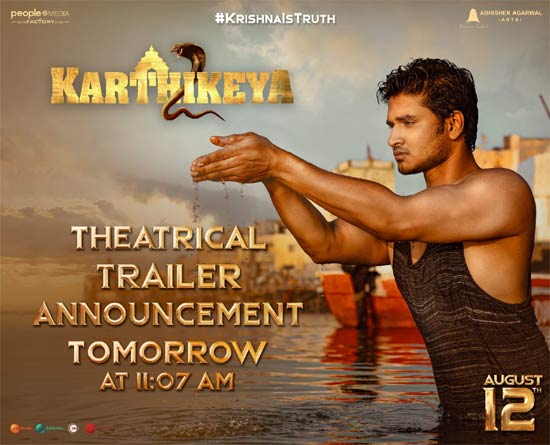 Nikhil Siddharth’s Karthikeya 2 is gearing up for a grand release in theaters worldwide on the 12th of August in a grand manner and the promotions are in full swing.

The word now is that the trailer release date will be announced tomorrow. The promos have caught on well and we need to see how the trailer is going to be.

Directed by Chandoo Mondeti, the mystery thriller has Anupama Parameswaran as the lead actress. The film also has Hindi actor Anupam Kher in a lead role.