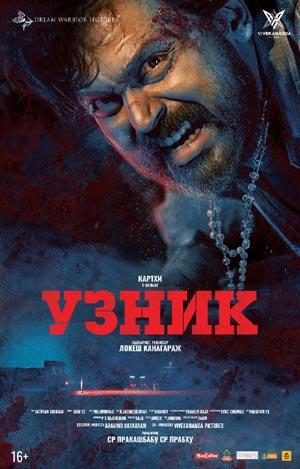 Kollywood actor Karthi’s blockbuster movie Kaithi, which was released in 2019, has made the headlines again. Helmed by Lokesh Kanagaraj, the action thriller is all set to release in Russia today.

The movie is releasing today in Russia as ‘Prisoner’ in more than 121 cities. More than 297 screens are playing the Kollywood hit movie in Russia. An official announcement from the production house has also been made online.