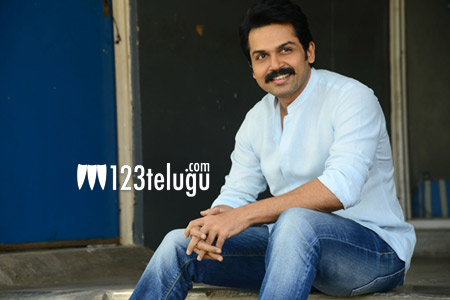 It is well known that Tamil hero Karthi is currently acting in a Tamil village drama titled Kadaikutty Singam. Touted as a rural entertainer, Karthi plays a farmer in the film.

Meanwhile, the latest update is that the film has wrapped up its shooting part and the makers are planning to release it in the month of June. Impressed with the content, Karth has even joined a farming school to learn agriculture for this film.

Young starlet Sayyeshaa will be seen as the female lead in this film. Acclaimed director Pandiraj has directed it.