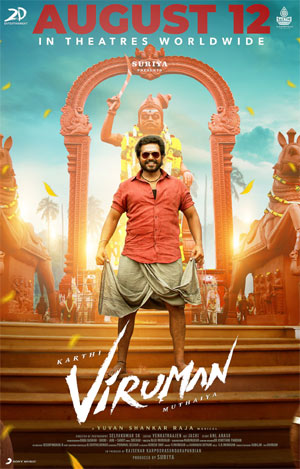 Kollywood actor Karthi is coming up with another mass entertainer called Viruman. Written and directed by Muthaiah, the movie is slated for a grand release date on August 12, 2022.

Karthi also has a good fanbase in Telugu states. But, the latest buzz is that only the Tamil version will be out on the scheduled release date and the Telugu version is likely to hit screens on some other date. An official announcement regarding the same is awaited from the makers.

Viruman marks the debut of Aditi Shankar. She played the love interest of Karthi in the movie. Produced by 2D Entertainment, the flick has Yuvan Shankar Raja’s music. Keep checking this page for more interesting movie updates.