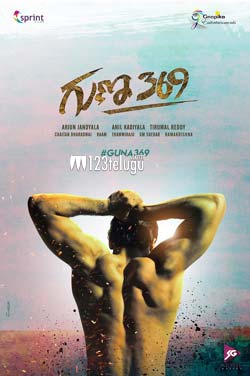 RX100 hero Kartikeya’s new film in debutant Arjun Jandhyala’s direction has got an interesting title. Kartikeya released the first look poster and announced the film’s title, Guna 369. The young hero will be sporting a six-pack body in this film, which is touted as an intense and rugged emotional drama.

Guna 369 is already nearing completion. Malayali actress Anagha Maruthora is the leading lady in the film. Anil Kumar and Tirumala Reddy are jointly producing the film. Guna 369 is slated for release soon after Kartikeya’s Hippi makes it to the cinemas later this summer. Stay tuned for more updates.