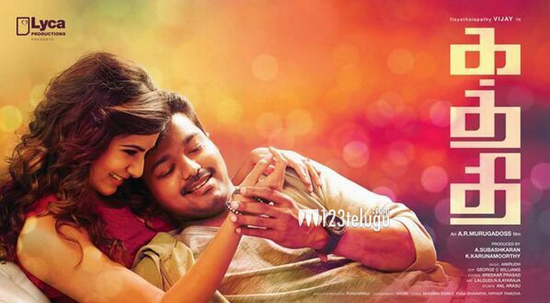 Muragadoss’s Kathi will soon hit the screens. Vijay is playing the lead in this film which has Samantha as the heroine. Anirudh of Kolaveri fame is scoring the music for this film. The tamil audio of this movie released some time back and the makers are planning to release the telugu audio on 12th of this month.

Per reports, a song in this film was shot at a cost of Rs 2 Crore. Tagore Madhu has acquired the telugu rights of this film. Lets hope Muragadoss scores a big hit with this film.