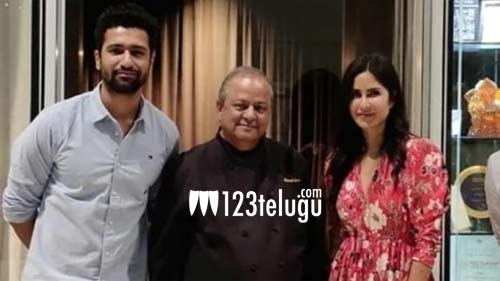 Katrina Kaif is always in the news for her film and dating rumors. After breaking up with Ranbir Kapoor, she has now been in close touch with young actor Vicky Kaushal.

The buzz in Mumbai media is that they have been dating for over several months. Both have denied these reports but the rumors have not stopped ever since.

Things became even hotter when Katrina and Vicky were spotted in a restaurant posing with the chef of the restaurant. This snap has gone viral and has once again started the topic of them being in a relationship.