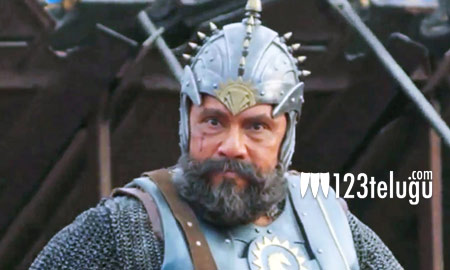 Veteran Tamil star Satyaraj is a name to reckon with in Tollywood for several of his author backed roles in a handful of hits such as Mirchi, Baahubali, Nenu Sailaja and Mahesh Babu’s recent dud, Brahmotsavam.

Recently, Satyaraj’s horror comedy Dora also featuring his son Sibi Satyaraj was released. Interacting with the media to express his happiness about the way Tollywood audiences have received the film, Satyaraj also shared a few details about his role in Baahubali 2.

The senior star said that Kattappa’s character is like a Kohinoor diamond and that it will forever remain his best role even in the future and even owed his busy career as a character artiste to Baahubali.