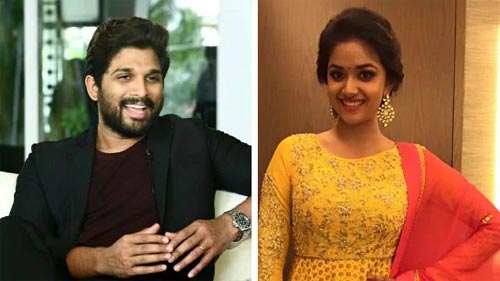 If reports are to go by, the makers of Allu Arjun’s next project, which will be directed by Boyapati Sreenu are considering the idea of roping in Keerthy Suresh for the female lead role in the film.

Apparently, the pre production works of Allu Arjun – Boyapati Sreenu project are in full swing now and the makers will soon be initiating talks with Keerthy Suresh for the female lead role in the film.

This intriguing project will commence soon after Allu Arjun completes shooting for Pushpa: The Rise. More details will be out soon.