The latest news is that Keerthy has revealed her favourite song in a recently held Q&A session on Instagram. The Mahanati actress said that she is currently grooving to Ma Ma Mahesha song from her latest movie, Sarkaru Vaari Paata. She also sang a few lines for her fans and followers.

On the work front, Keerthy is currently busy with multiple projects. She is currently doing Dasara and Bholaa Shankar in Telugu. Keerthy’s next release will be Vaashi, a Malayalam movie. 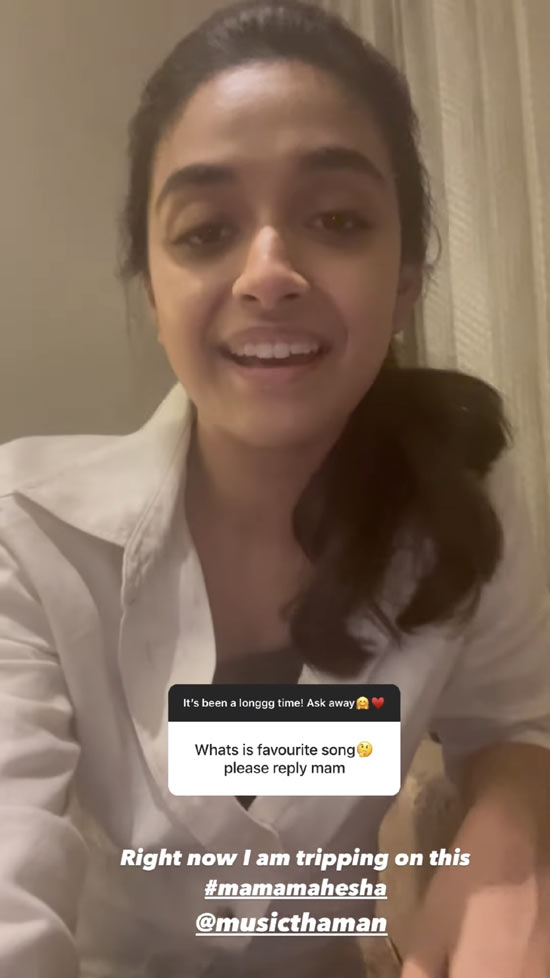