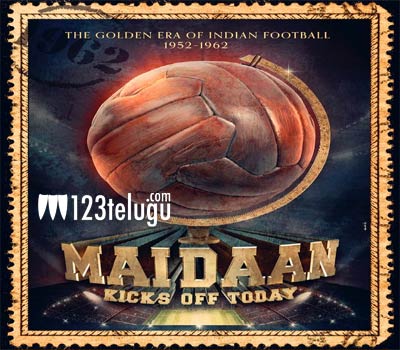 It is already reported that National Award-winning actress Keerthy Suresh is all set to kick-start her Bollywood debut film soon. The film will be bankrolled by Sridevi’s husband Boney Kapoor and has Ajay Devgan as the male lead.

Now, the news is that the makers have unveiled the first look title poster of the film. Titled, Maidaan, the film’s regular shooting kick-started from today.