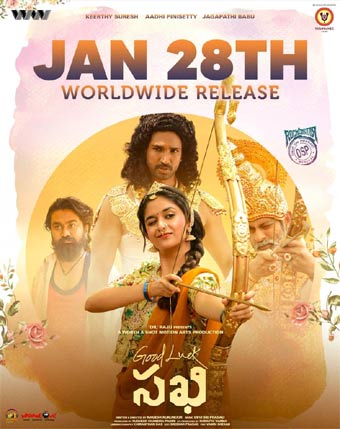 After a series of postponements, Keerthy Suresh-starrer sports romantic comedy, Good Luck Sakhi, has finally come up with a new release date.

The makers of the movie have officially announced that the movie, which is directed by Nagesh Kukunoor, is going to release in theaters on January 28, 2022.

The film will most probably have no competition, as no noted film will be arriving on the week. The makers will strengthen the promotions, as there is only one week left for the release.

Jagapathi Babu and Aadhi Pinishetty played prominent roles in this movie, which has the music of Devi Sri Prasad. Produced by Worth A Shot Motion Arts, the trilingual sports drama is being presented by ace producer Dil Raju.