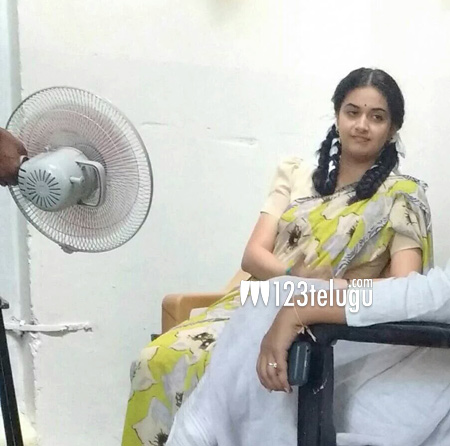 Keerthy Suresh has begun shooting for the much awaited biopic on Savitri. Directed by Nag Ashwin, the film is titled “Mahanati” and it also stars Samantha and Dulquer Salman in important roles.

Ever since Keerthy Suresh came onboard to play the role of the legendary actress, there has been a lot of buzz about how she is going to look the part. Since the film traces her journey as an actress who rose to fame to become the greatest actress of her generation, Keerthy is said to be taking additional care to look the part.

Now, couple of pictures from the shooting spot have surfaced on social media and her look has gone viral. It remains to be seen how she undergoes a makeover to play Savitri in her 40s.