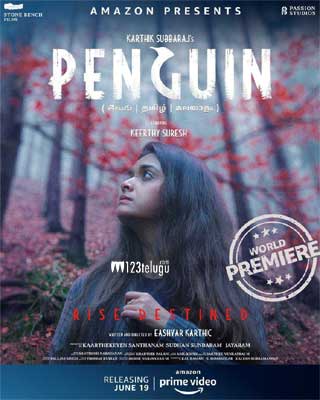 Keerthy Suresh is doing films in both Tamil and Telugu continuously and one of them is Penguin. The film directed by Easvar Karthik was supposed to release in April but did not because of the lockdown.

The latest news is that the film will be out directly on Amazon Prime now on the 19th of June in both Tamil and Telugu. This is the first big major film that has skipped the theatrical release.

Keerthy Suresh plays the lead role in this film which is a female-oriented one. Karthick Subbraj produces it.