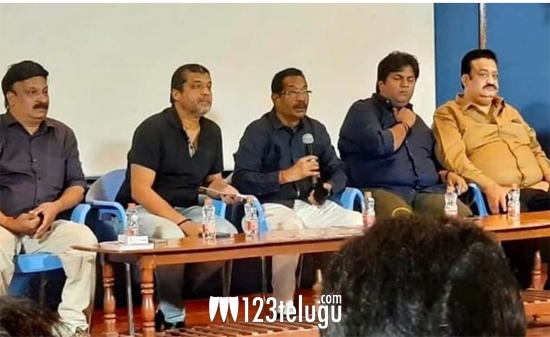 It is a known fact that film shootings have been temporarily halted to discuss the issues present in the industry. Today major distributors held an important meeting with the Film Chamber in this regard. Here are the key components that are discussed in the meeting.

As per the discussion, there was a demand for the discontinuation of the N.R.A system. The 8-week window for OTT should be strictly followed. If there are plans to opt for early OTT, 30% needs to be returned to the distributor.

Also, discussion happened for the 60-40 percentage in multiplexes. Also, there was a proposal to include GST for the outright basis. Advances taken by producers from distributors need to be repaid before the producer releases his other film.

Also, the distributors asked the producers to maintain clarity on the posters and publicity aspect. Asian Sunil from Nizam, Sai Baba from Krishna, Nagarjuna from Ceded, Sudhakar from Guntur, Hari from Nellore, and film chamber’s vice president Muthyala Ramdas were among the members who attended the meeting.