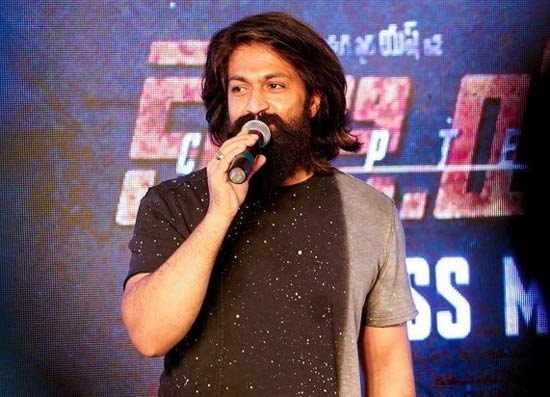 Sandalwood magnum opus KGF: Chapter 2 featuring Yash in the lead role is ready to hit screens this Thursday across the globe. Ahead of that, Yash has decided to promote his movie in Telugu states and as a part of that, he attended a press meet in Vizag, today.

During the press meet, a reporter asked whether Yash is ready to do multistarrer movies. Yash said ‘Yes’ but he also noted that the director needs to balance the characterisation of lead actors in such films and also has to meet fans’ expectations. “If any director comes up with a good script, I would like to be a part of it,” stated the actor.

Sanjay Dutt, Raveena Tandon, Rao Ramesh, Prakash Raj, Srinidhi Shetty and others are a part of the movie, produced on a grand scale by Hombale Films. KGF 2 has music composed by Ravi Basrur.