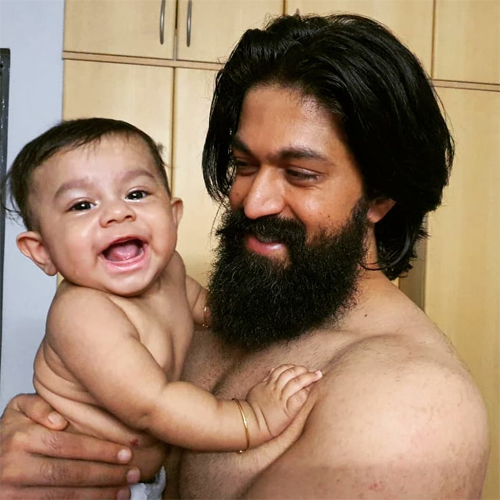 This adorable picture of Kannada star Yash posing with his 7-month-old son Ayush has been melting the hearts of the KGF hero’s die-hard fans. The father-son duo’s shirtless avatar was clicked by Yash’s wife Radhika Pandit.

Yash married Radhika in 2016. While their daughter Arya was born in 2018, son Ayush was born in October last year. The macho hunk’s period gangster drama, KGF 2, is being eagerly awaited by his fans across the country. The film is rumored to have been slated to hit screens for the Dasara festive season.