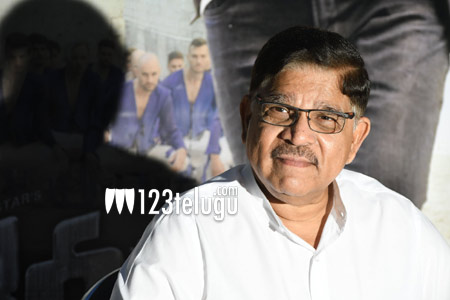 The entire mega clan is on the front foot as the comeback film of megastar Chiru is declared as a huge hit. Trade pundits reveal that the film has collected some strong revenues on the first day of its release.

But producer Allu Aravind says that the film is now officially the fastest fifty crore grossing film in Tollywood. Speaking in a press meet the mega producer said that the film has grossed a total of 47 crores on the first day of its release all over.

These are huge numbers and showcase the true stamina of the mega star who made a comeback after nine long years.