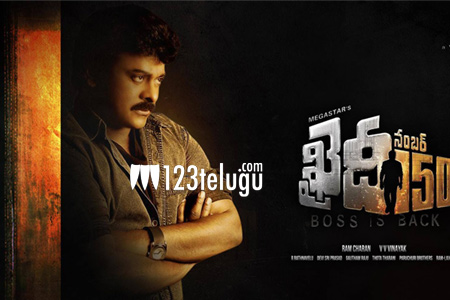 We have been bringing you regular updates about the pre-release business of Chiranjeevi’s Khaidi No 150. The latest update is that the overseas rights of the film have been sold for a whopping 14 crores.

The buzz among the NRI’s is quite huge and Asian films paid this handsome amount to grab this deal. Some special premiere shows are being planned for this film which is directed by Vinayak.

Currently, huge preparations are on for the mega pre-release event which will be held on the 4th of January in Vijayawada.