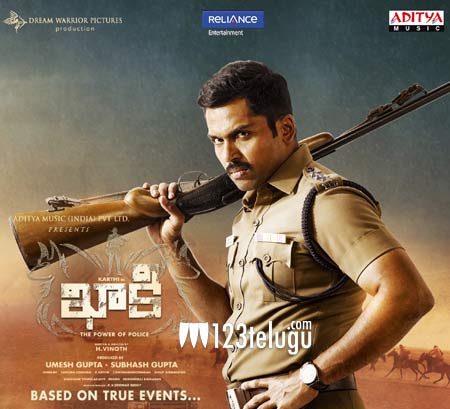 Khakee is one film which earned a lot of positive reviews all over. The film did well on its first weekend and is going on fairly well even in its second week. The latest we hear is that the film has made a share of 1.65 crores in the Nizam area to date.

Directed by H Vinoth, this film is based on the story of a real-life incident which happened in the 90’s. Karthi was seen as a powerful cop in this film and Rakul was the female lead.

The film is also facing competition from another hit in the form of Mental Madhilo which has hit the screens last Friday.