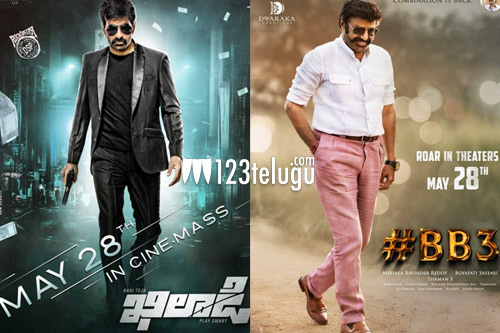 It is a known fact that Ravi Teja is doing a film called Khiladi in the direction of Ramesh Varma. The shooting of this film in on in full swing as of now in Hyderabad and the film will be out on the 28th of May.

But a few days back, the makers of Balayya’s next also announced that their film will also come on the same date f May 28th. This will create direct competition for the two heroes and looks like the makers are trying hard to come to a feasible conclusion about the release dates.

The latest update is that the release date of Khiladi might be changed to a further date. Though this news is not yet confirmed, ut has become a hot topic. So, only time will tell as to which film will change its release date.