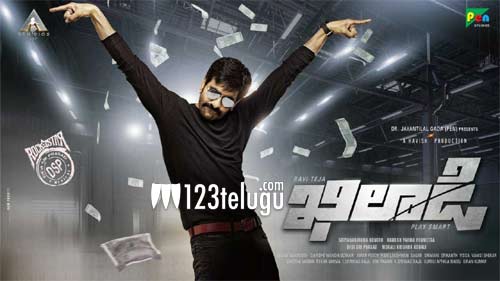 Hero Ravi Teja’s Khiladi has been making all the right noises since its launch. The film’s teaser was loaded with top-class visuals and took the expectations to the next level. Khiladi is being made on a lavish scale and, according to the latest updates, it’s the most expensive film in Ravi Teja’s career till date.

Apparently, Khiladi’s makers are shelling out a whopping Rs 65 crore into the making of this film. With Ravi Teja’s Krack becoming a huge money-spinner at the box-office earlier this year and given the positive buzz surrounding the film, Khiladi recovering its huge investment shouldn’t be an issue.