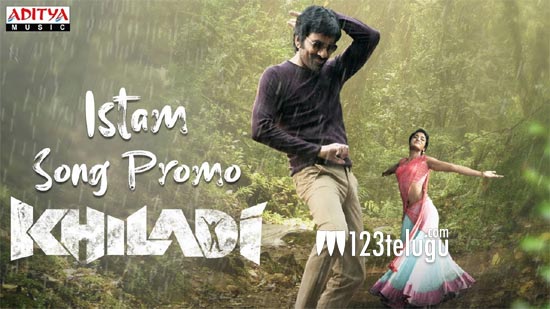 Ravi Teja’s latest film, Khiladi was in the news a few days back. All those issues have been cleared and the film went on floors in Hyderabad and is almost done with its shoot.

Now, the latest update is that the first single Ishtam will be out on the 10th of this month. DSP has composed music for this film. The film will have a big screen release soon in the month of October.