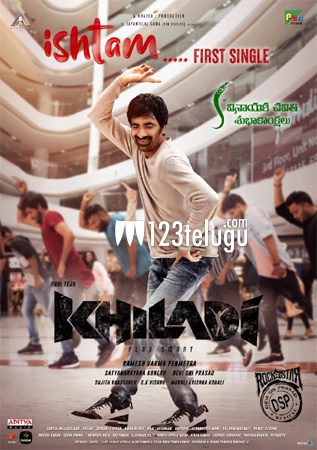 Ishtam has been crooned by Hari Priya and penned by Shree Mani. The song describes a young woman’s (Dimple Hayathi) favorites in her life. The song has a bit of folkish feel to it and the overall pleasantness will make it engaging to watch on the big screen.

Khiladi also features young beauty Meenakshi Chaudhary as the other female lead. Apart from directing the movie, Ramesh Varma is also co-producing it along with Satyanarayana Koneru.