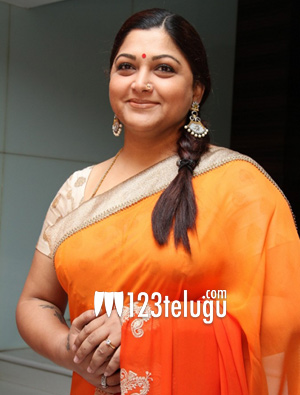 Popular actress Khushbu Sundar has denied rumours that she took a dig at Shruti Haasan recently after the latter walked out of Sangamithra. Incidentally, her tweets about the film have come nearly two months after Shruti walked out citing reasons that she didn’t get a bound script and dates required for the shoot.

On Monday, Khushbu had posted a tweet saying, “I see someone making weird comments about Sangamithra script not being ready. Work has been going on for the last two years. Unprofessionals don’t know that for a movie like this shooting part is just 30%. 70% of the work is done before shooting. Blaming others for your own shortcomings. Sourgrapes?”

When several people pointed out that Khusbu could be referring to Shruti Haasan, she denied these allegations. Talking to NewsX, Khusbu said that she wasn’t targeting any individual and that her statements were being interpreted in a wrong way. Incidentally, Khusbu’s husband Sundar C is directing this big budget film which also stars Jayam Ravi and Arya.