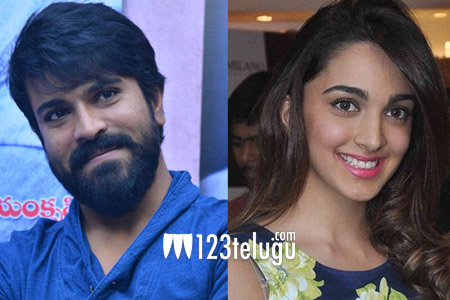 We had already reported that the shooting of Ram Charan’s new film in the direction of Boyapati will go on floors from 19th January. The latest we hear is that Kiara Advani has been confirmed as the female lead.

This is a huge offer for Kiara as pairing opposite Ram Charan will give a good boost to her career. Meanwhile, she will be making her debut with yet another star hero in the form of Mahesh Babu.

Kiara will romance Mahesh in Bharath Ane Nenu too. Let’s hope that her career takes off on a high in Tollywood