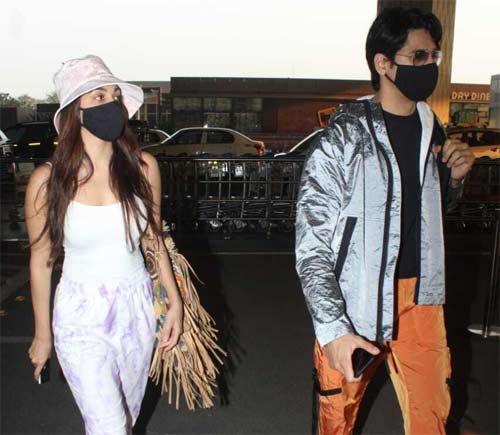 Kiara Advani on top of her game these days with back to back big offers in her kitty. She is doing some crazy projects and is one of the most wanted heroines after Alia in Bollywood.

Kiara has been in a relationship with Siddharth Malhotra but did not make it official at all in spite of the media writing about it so many times. But looks like this new year, she has taken the decision of making her relationship official.

Kiara and Siddharth were today seen together at Mumbai airport as they were leaving for the Maldives for their new year celebration. Kiara wore a huge mask to hide her face and came in Siddharth’s car. Things were quite evident that the love birds have decided to make things official now.