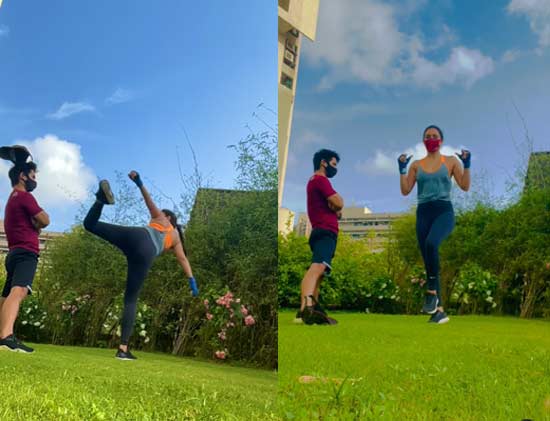 Happening Bollywood actress Kiara Advani is seen showing off her impressive kickboxing skills in her latest Instagram video. It looks like the actress is practicing kickboxing after almost a year and a half.

Kiara took to Instagram and shared this video earlier today. She also added a fun note along with the video. “Hats off to him for trusting my kicks back with @mma.lalit after a year and a half,” she wrote.

In other news, Kiara had been the talk of town in Tollywood. She has reportedly signed the highly-anticipated Koratala Siva-NTR film. However, an official announcement is awaited in this regard.