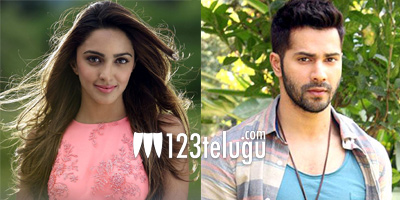 Kiara Advani, who will make her debut with Bharath Ane Nenu, seems to have impressed Karan Johar a lot. After casting her as a lead actress in one the segments of Lust Stories, which Karan has directed, the ace filmmaker has now signed her up for a special song in his upcoming production Kalank.

To be directed by Abhishek Varman, the film is set in 1940s and it is said to be an epic drama starring Varun Dhawan, Alia Bhatt, Sonakshi Sinha, Sanjay Dutt and Madhuri Dixit. Apparently, Kiara will be seen shaking a leg with Varun Dhawan in this film and it was during the rehearsals of this song that Kiara and Varun danced to the tunes of ‘O Vasumathi’ from Bharath Ane Nenu, which the actress had shared on her Twitter profile recently.

Talking about her association with Karan Johar, Kiara Advani had recently said, “It’s a dream come true to work with him. I have grown up watching his films and admiring him immensely and now, I have the chance to be part of his films.” Soon after the release of Bharath Ane Nenu, the actress will join the sets of her second Telugu film, to be directed by Boyapati Sreenu, in which she is paired opposite Ram Charan.