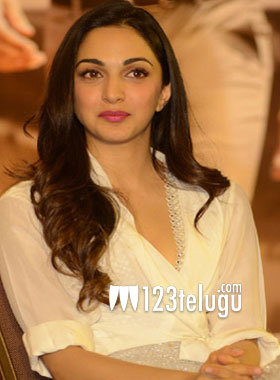 After a successful debut in Tollywood with Bharat Ane Nenu, Bollywood starlet Kiara Advani is currently busy shooting for her second film, the Ram Charan-Boyapati Srinu movie. The film is fast nearing completion.

Meanwhile, Kiara has made an exciting statement about RC12 in a latest interview with a popular English news portal. “The film (RC12) is a complete entertainer. It has action, comedy and family drama. It has an interesting twist,” said Kiara. Needless to say, the actress’ revelation about the twist has further raised the expectations on the movie.

DVV Danayya is producing this high-budget entertainer, which is slated for release during the upcoming Sankranthi festive season. Stay tuned for more updates on this exciting project.