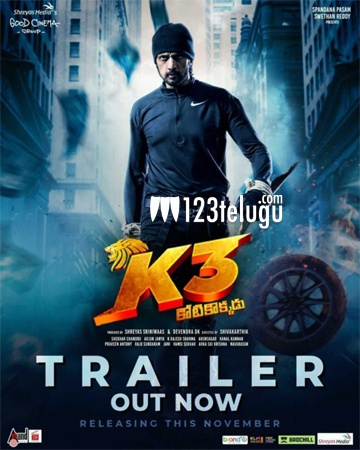 Kannada star Kicha Sudeep is gearing up for the release of a mass action entertainer K3 Kotikokkadu directed by Shiva Karthik.

K3 was released on the 15th of this month in Kannada to a massive response with 40.5 Cr Nett in just 4 days and the film is expected to become one of the biggest hits for Sudeep, as per trade experts of Sandalwood. The Telugu version of the film is scheduled for release in November.

Meanwhile, K3 Kotikokkadu’s theatrical trailer is unveiled. Sudeep appears in a two-shaded role. Series of bomb blasts happen in a foreign land and the media calls the anonymous person “Ghost”.