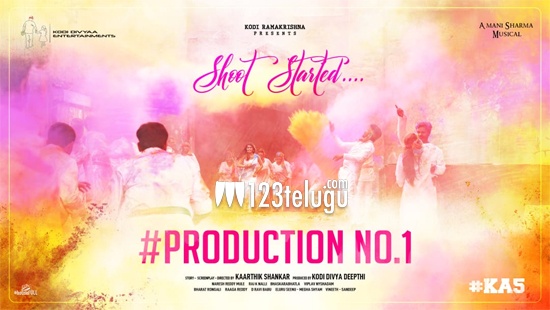 She is producing a film with a young hero Kiran Abbavaram and Sanjana Anand in lead roles. The film is being directed by debutant Karthik Shankar and the news is that the film has gone on floors today in Hyderabad.