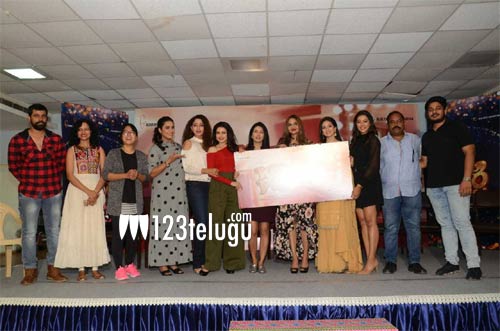 The makers of Kitty Party today unveiled the film’s interesting title logo, with the main cast and crew members gracing the occasion. The film is nearing completion and it is being made on the lines of ‘Desperate Housewives’. The film is slated for release this summer. Bhogendhra Guptha is producing Kitty Party.