Kodi Ramakrishna to direct a multilingual film
Published on Sep 4, 2012 4:52 am IST 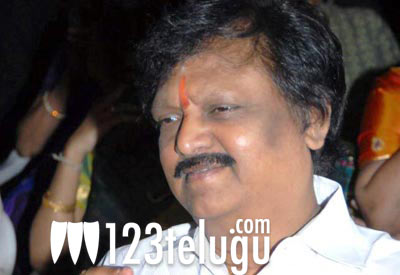 Kodi Ramakrishna, who has been lying low for almost three years, is all set to come out of his hibernation. Now many know that he has been busy working on his directorial debut in Kannada in recent times. In Telugu, after delivering a blockbuster like Arundhati, he tried working on a film based on Puttaparthi Saibaba’s life; however, that didn’t take off till date. Now, he’s going to direct a multi-lingual film in all four South Indian languages. Buzz is that he has roped in Lakshmi Rai, Sonu Sood and Arjun Sarja in lead roles. The film reportedly revolves around a couple and their kid and Sonu Sood has a crucial role to play in the film. More details about this project are going to be revealed soon. If he manages to release the film in all the four languages, he’ll be the first Telugu film director in recent years to achieve this rare feat.