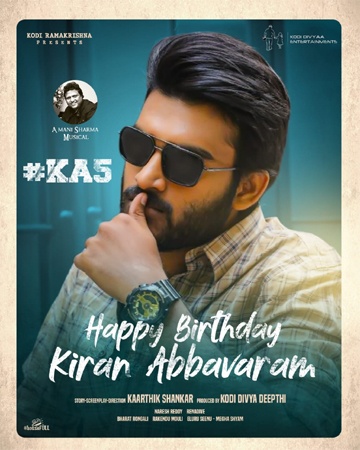 Kodi Divya will be bankrolling young hero Kiran Abbavaram’s 5th film. An official announcement regarding the film has been made this morning on the occasion of Kiran’s birthday. This as-yet-untitled film will be directed by debutant Kaarthik Shankar and veteran composer Manisharma is scoring the soundtrack. More details about the film’s cast and crew will be out soon.