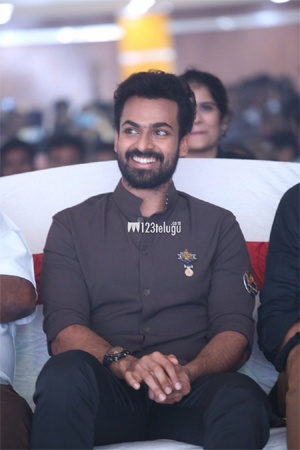 Director Krish is coming up with an epic tale of becoming in Konda Polam. Starring Vaishnav Tej and Rakul Preet Singh in lead roles, the film is slated for release on October 8. Krish is always known for choosing unique stories and backdrops and Konda Polam is no exception.

Konda Polam narrates many untold inspirational stories. The story primarily follows the inspirational journey of a shepherd named Kataru Ravindra who goes on to become an IAS officer. The film will once again showcase Krish’s penchant for social dramas with sensitive emotions.

In the pre-release event held last night, hero Vaishnav Tej said that if Uppena was his first chapter, Konda Polam is going to be his second. “It is a beautiful and inspiring film. I play a character which we find around us. My character’s journey is all about overcoming the fears within ourselves. Konda Polam is a combination of various untold inspirational stories,” said Vaishnav.

Heroine Rakul Preet Singh said that her “Obulamma is one character she will be proud of doing after coming out of her comfort zone for Konda Polam. Rakul thanked Krish for imagining her in such a different character and giving giving her an opportunity. Rakul was all praise for her co-star Vaishnav Tej and went on to say that he will become a star one day.