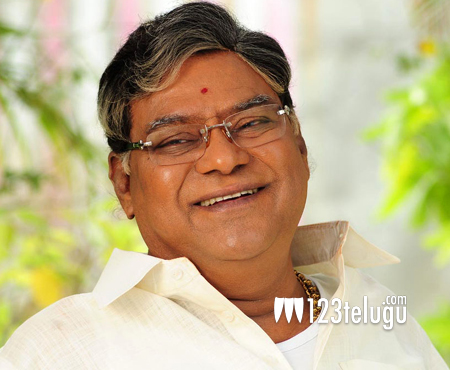 Versatile actor Kota Srinivasa Rao expressed his happiness and heartfelt gratitude to everyone on being awarded the prestigious Padma Shri Award. Kota joins the elite list of very few Telugu actors who won the country’s fourth highest civilian honor. The veteran actor said that he considers this honor by the union government is a token of appreciation towards his talent and contribution.

Kota also said that he shifted to movies from stage background, and that he reached to this position with the support of numerous directors and producers. The actor stated that he has been a responsible artist throughout his career and vowed to remain the same in the future.

Fans and well wishers of Kota Srinivasa Rao are overjoyed with this special honor, though many felt that the legendary actor should have been conferred with the award long ago.