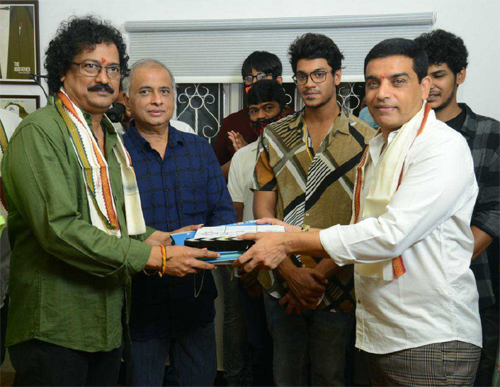 It is a known fact that Satish Vegesna, who is known for his clean family entertainers will be directing Kothi Kommachi. The film features actors Meghamsh Srihari and Sameer Vegesna in the lead roles.

Commemorating Vijaya Dasami, the film, being produced by MLV Sathyanarayana under Lakshya Productions, officially went on floors earlier this Sunday.

Leading producer Dil Raju gave the clap for the film’s first shot while actor Allari Naresh switched on the camera for the same. Riddhi Kumar, Megha Chowdhury play female leads in the film that has music by Anup Rubens. Sameer Reddy is cranking the camera.