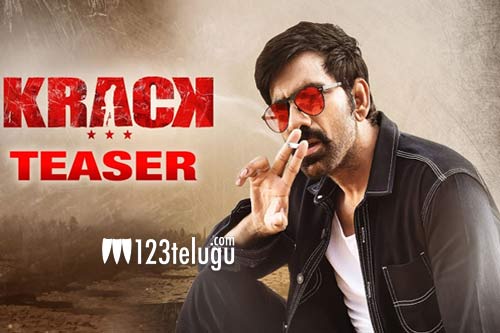 Ravi Teja is going through a dull phase and has pinned all his hopes on his new film Krack which is being directed by Gopichand Malineni.

The teaser of the film is out and Ravi Teja is shown in a full-on action avatar as a mass cop. The star hero’s body language and action avatar are quite impressive in the teaser.

What makes the teaser click better is Thaman’s solid BGM which is super cool. Ravi Teja is shown as a cop who is taking on Samutrakani. The visuals are top-notch and the teaser looks quite rich with amazing camerawork.

Shruthi Haasan is seen as Ravi Teja’s wife in this film which is a full-on mass cop drama. For now, things look quite cool as Ravi Teja and Gopichand really live up to all the expectations.