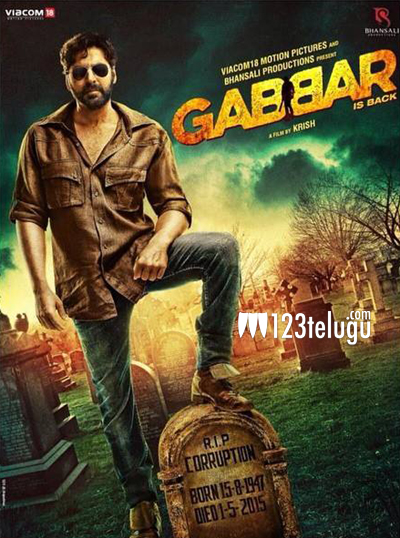 One of the sensible filmmakers in Telugu Cinema, Krish ,will soon be making his debut in Bollywood with the remake of Chiranjeevi’s ‘Tagore’. Titled ‘Gabbar is Back’, the film is a story of a vigilante who captures and punishes the corrupt. The film’s official trailer has been launched yesterday to a thumping response all over.

Starring popular Bollywood action star Akshay Kumar and Shruti Haasan, ‘Gabbar is Back’ is produced by director Sanjay Leela Bhansali. Going by the amazing trailer, Krish is expected to strike big once the film releases on 1st May.

Shooting of Krish’s next project in Telugu, Varun Tej’s ‘Kanche’, is going on at a brisk