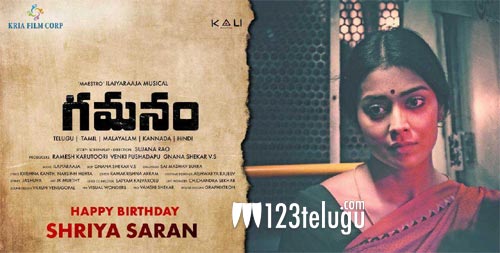 Star heroine Shriya is currently acting in a female-centric film, Gamanam. The film, which also features Nithya Menen, Priyanka Jawalkar and Shiva Kandukuri, is being made as a pan-Indian flick and it will release in all the four South Indian languages and Hindi.

Maestro Ilayaraja is scoring the soundtrack and ace writer Sai Madhav Burra is penning the dialogues. The shooting has been wrapped up and post-production work is underway.