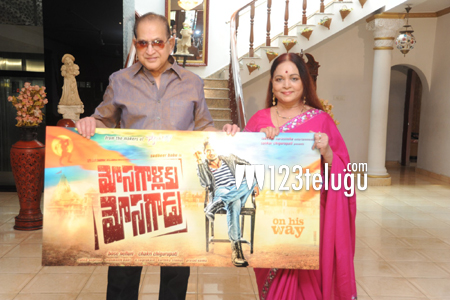 Superstar Krishna will unveil the first look poster of Sudheer Babu’s upcoming film ‘Mosagallaku Mosagadu’. The film is being directed by AN Bose and produced by the makers of the hit film ‘Swamy Ra Ra’. Nandini pairs up with Sudheer Babu in this con caper.

Currently, the film’s postproduction work is going on at a fast pace and the makers will released the film this summer.