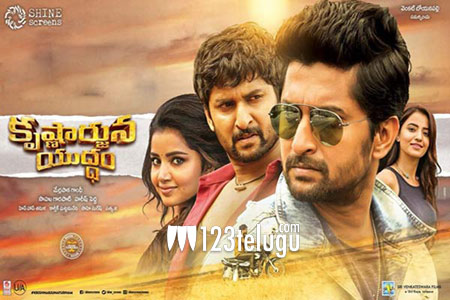 Film piracy has been a never ending menace that’s breaking the backs of producers and distributors since more than 2 decades. Pirated copies of newly released movies splash on the internet on the release day itself, causing a severe dent in the theatrical collections.

In a latest incident, Telangana minister KTR fumed at the Telangana State Road Transport Corporation (TSRTC) officials when one of his followers brought to his notice a picture in which Nani’s Krishnarjuna Yuddham was being screened in a Bengaluru bound TSRTC Garuda Volvo bus. KTR requested the TSRTC officials to take immediate actions so that such irresponsible acts are not repeated in the future.

That’s extremely irresponsible on the part of the @TSRTCHQ staff of this bus. Request JMD of @TSRTCHQ to make sure to act and prevent recurrence https://t.co/lR2Ga8Wy70