Kriti Sanon reacts to the latest relationship rumors
Published on Nov 30, 2022 7:00 am IST 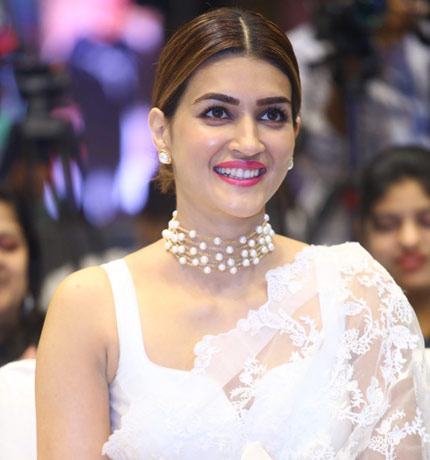 Just a couple of days back, Varun Dhawan made some interesting comments about Kriti Sanon that went viral. Varun and Kriti were participating in the promotions of Bhediya, which is when Varun said to Karan Johar that the actress was in a relationship.

The way Varun spoke led to more confusion, and Prabhas fans thought the Bollywood actor was referring to their hero. Also, a lot of discussion happened on social media regarding the same. Finally, Kriti Sanon reacted to all these talks.

She took to her Instagram story and said all these rumors were baseless. Kriti wrote that it’s neither Pyaar nor a PR stunt and added that Varun Dhawan just went a little too wild on that reality show which led to howl-arious rumors. With this, all the confusion got sorted. 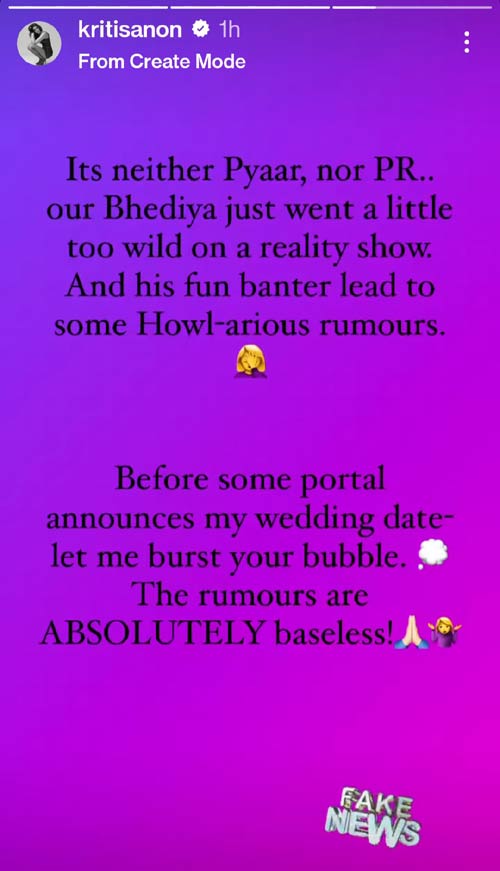